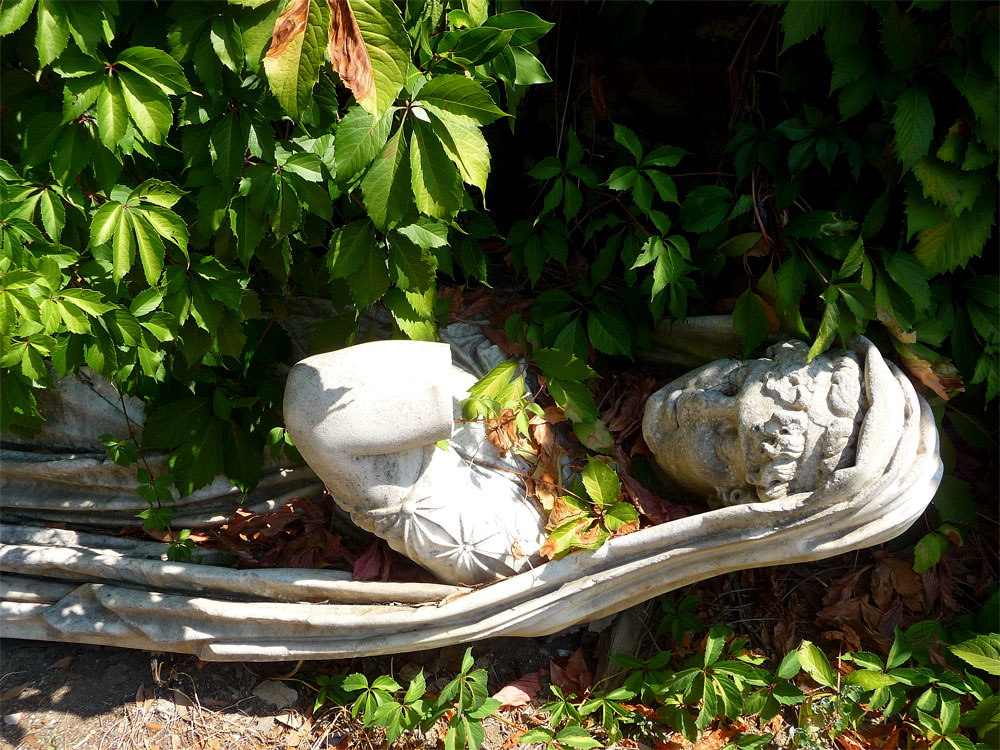 No-one at home will believe this, but I’m up early again, making my way over to the Museo de San Marco. The streets are full of the rattling sound of suitcase wheels, everyone seems to be leaving (or arriving, I suppose), and I have to step off the narrow pavements several times to cede passage to human tortoises, bent double under bulging backpacks.

There’s really only two things I want to do today – go to the Museo de San Marco, and get my sister a scarf from one of the market stalls by San Lorenzo…oh, and little pressies for other folks. OK, three things I want to do. That should keep me happy most of the morning….then, who knows?

It’s only taken me a week to relax enough to not worry about the rest of the day. At this rate, I’ll be nice and chilled out some time the middle of next month. Shame I’m going home the day after tomorrow. 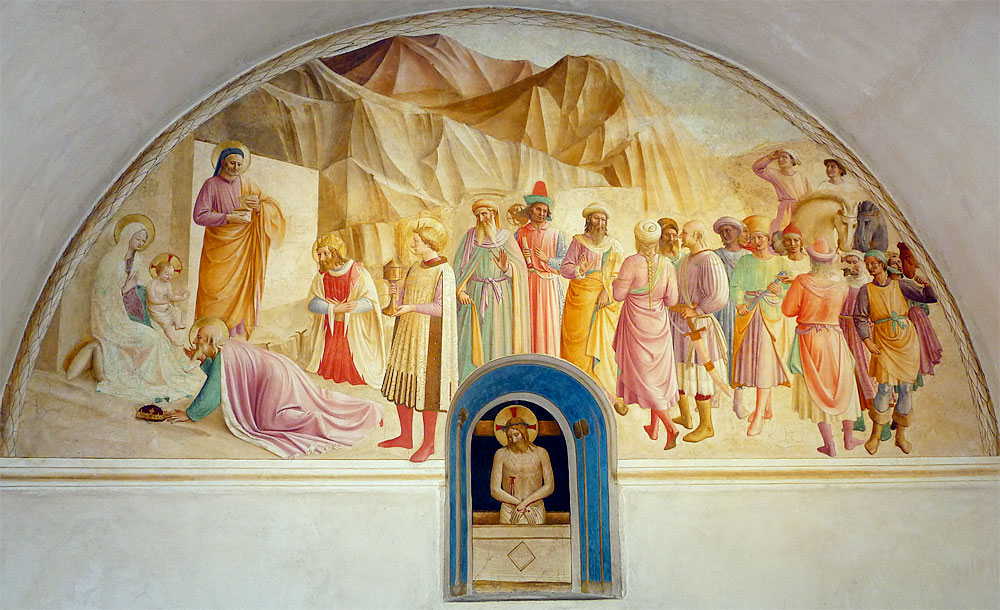 I hadn’t realised until I read the guidebook, but there’s another opportunity to come face to face with things I used to look at in mum’s books…and that’s why I’m headed for the Museo de San Marco, to look at the Fra Angelicos…well, one in particular, a version of the Annunciation which has somehow embedded itself in my consciousness as the prototype for that particular image. I’m in illustrious company, though, as a fair few later artists have reworked it…Leonardo Da Vinci amongst others. Strangely, I note in retrospect, it never occurred to me that it might be a disappointment (as, for example, was the Sistine Chapel) – evidence of faith in something, although I’m not quite sure what.

Finally seeing the work in the flesh – it’s a fresco, the first thing you see as you go up the stairs towards the monks cells – is a considerable thrill, and very moving. I wasn’t expecting it to be there, and I literally froze half-way between one tread and the next, foot in mid-air. Jaw hanging open as well, no doubt, to complete the image of foolishness.

In contrast to the poised serenity of the angel (as a child it just seemed to me instinctively ‘right’ that angels should have beautifully coloured wings….I think this was what drew me to the picture in the first place) Mary leans forward awkwardly, arms crossed over her chest, hugging herself. She looks very young, and afraid. It’s this humanity that makes the work so moving, embedded in, and to some extent balancing, the radiant spirituality.

Fra Angelica became a Dominican monk, and was very obviously a deeply religious person. It occurs to me that the Italian version of his nick-name, ‘Beatta Angelica’ or Blessed Angel is exactly right. What better life for any artist than to be not only licensed, but actively encouraged to pursue and perfect one’s art, that which moves within you. To attract the most important patrons (Cosimo I de Medici, amongst others) and to have access to the best materials. The panel paintings and altar pieces collected together in the room on the ground floor are rich with the finest pigments and dripping with gold. Despite which, it’s the deep and obvious sincerity of spiritual feeling that strikes you first about these works, and that stays with you.

Blessed man indeed, given such riches and making such an immeasurably greater return upon them, to the benefit of all.

Upstairs – when I finally remember to start breathing again, finish that step and all the others, it’s possible to view all the monks cells. Including the special, double sized ones for the VIPs – Cosimo I de Medici himself and Savonarola (until they burnt him). Most of them are for the ordinary brothers, though, and each has a fresco by Fra Angelica, glowing in the upper left corner of each small (not much more than 10ft square) room.

Whilst there is some variety – I particularly like the gentle depiction of the risen Christ appearing to Mary in a vibrantly verdant garden of Gethsemane, and the Adoration of the Magi in the Medici cell – a lot of the them are crucifixions, or variations thereof, complete with blood spurting and anguished faces all round. The overall effect of viewing them all, one after the other, is obscurely painful. This is unfair on the artist, though – they were never intended to be seen all at once, being created for the individual occupants of each separate cell. Did each brother express a preference, I wonder, is that why there are so many crucifixions ? If so, what does that say about the monks mental state? Not, they would of course say, their first priority…or, indeed, any priority at all.

On the way back I spend a long time in front of the Annunciation, and it’s like the sweetest draught of cool water…especially after the parched and painful deserts in many of the cells …can see it still, and will, I think, remember it for the rest of my life.

This is one of the few places in Florence that doesn’t allow you to take photographs, but even if they did I think I wouldn’t have taken one. I’m not going to dip into the vast internet ocean to find one now, either.

Just go and see for yourself.

I didn’t  manage to get the scarf for my sister – got distracted on the way, and  visited the Ospedale degli Innocenti, then wandered around and found various other corners of interest – you can see the photos here, if you like – but, somehow, I can’t write about that now.

Truth is, I’m still standing on the stairs, wide-eyed boy and man both (older, but hardly any wiser) staring and staring at a miracle. 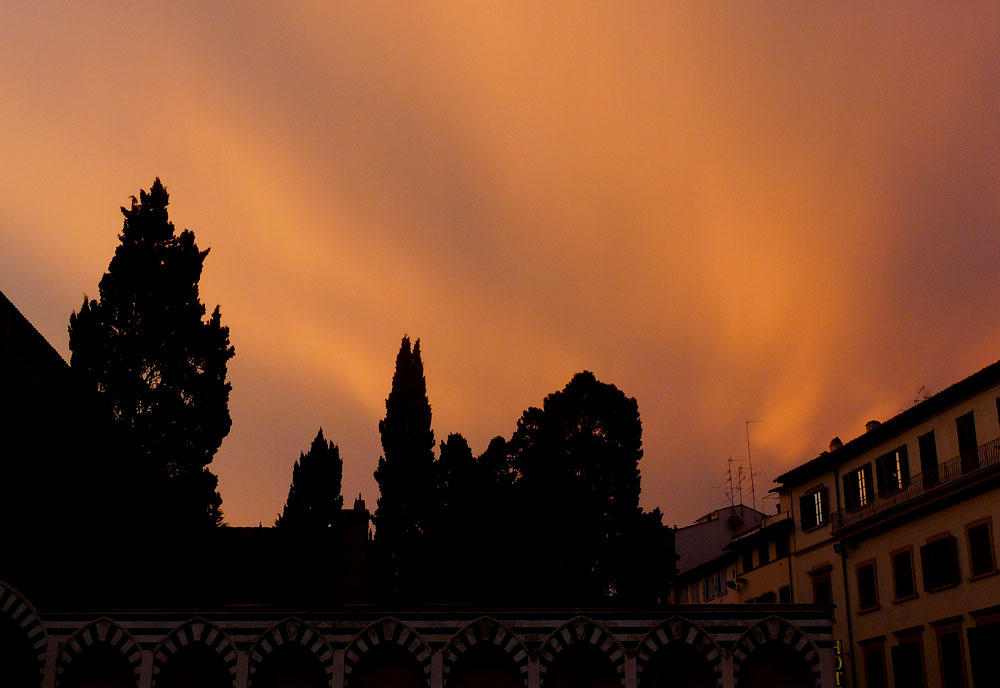