Florence – a place I’ve always wanted to visit. I’ve dreamed of actually being in the same room as the fabulous Uccello, Botticelli and other master works in the Uffizzi for as long as I can remember. As it turns out, August is the very busiest, hence worst, time of year to visit. No-one told me booking gallery tickets in advance might be a good idea….until it was too late. As I refuse to spend half a day queueing for anything, getting into the Uffizzi will have to remain a dream for the time being…not that I mind, there’s so much else to see. Read on (unless you’re allergic to pictures of angels or stone lions) to find out what I did manage to discover, and why I’ll never be the same again.
As it happened, just getting there in the first place turned out to be a bit of an adventure

Manchester Airport
Isn’t it extraordinary how we’ve managed to make something as intrinsically fabulous as flying – actually leaving the ground, reliably, safely and reasonably economically – so tedious and stressful. Nothing will ever manage to completely deaden the magic of take-off itself, but almost every other aspect of the process has become dull beyond belief. 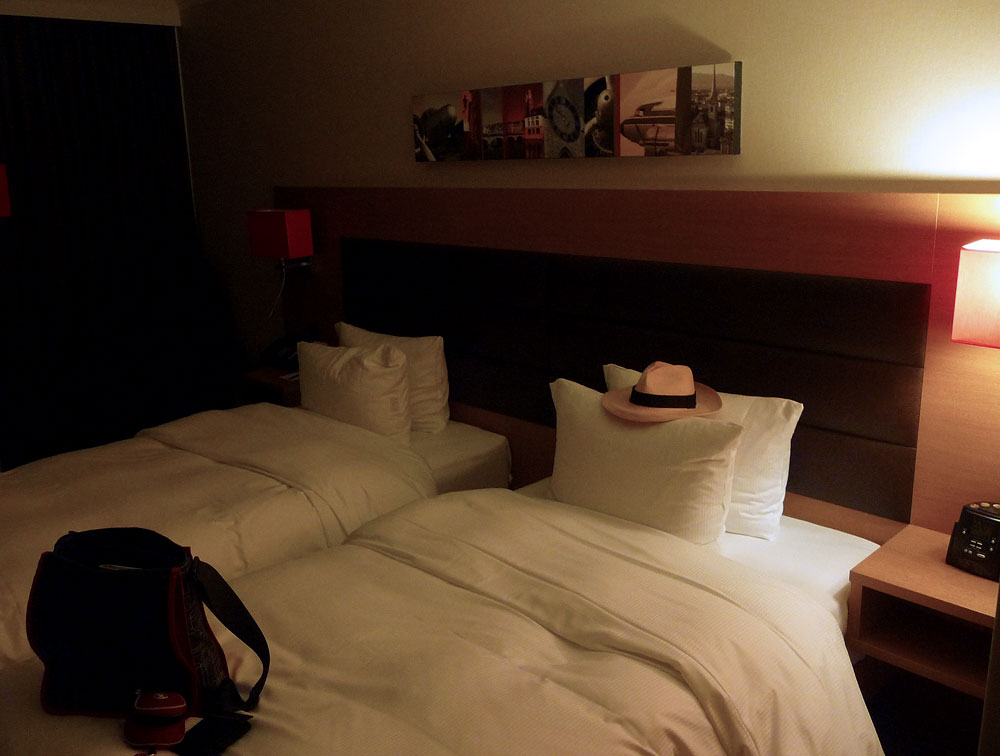 Looking around at random, I’m not entirely re-assured to realise that this is not just me being miserable, either. It’s mid-August, so it seems reasonable to suppose that most of the people around me are holiday-bound, but almost everyone looks stressed, bored, tired or irritable. So much so that the odd face showing anticipation, enjoyment…or any of the more or less positive emotions generally associated with ‘holiday’ stick out like a sore thumb….to the extent that I begin to suspect them of employing chemical assistance, probably quite unjustly.

Maybe it’s just something about these transitory spaces – departure lounges, motorway service stations, bus stations and the like – places that will only ever be on the way to somewhere else. Dead spaces that are never true destinations themselves. Apart, that is, from the great railway stations – honourable exceptions that are worth visiting for their own sakes. Is it, I wonder, something to do with the romance of rail ? Or is it that places like St. Pancras, Grand Central or Gare du Nord share a certain spirit…built as temples of transport, when going somewhere else could still be an adventure, something to be celebrated.

Nothing celebratory, it seems to me, about even the best of 20th or 21st century transitory spaces (and Manchester Airport, whilst not the worst, is far from being the best). Architecturally wonderful though some of them may be, they are simple too efficient to celebrate anything apart from their own efficacy at moving stupendous numbers of people smoothly through their shiny, soul-less bowels. We all benefit, and one should be grateful, but looking around it’s hard to spot anyone that seems to be enjoying themselves.

Abstract brooding about the difficulties of balancing efficiency and humanity in designing these places recedes, as it becomes increasingly apparent that something has gone wrong, that the first of my two flights to the sun (all change at Zurich) will be delayed.

There is now a small group of folks – would-be passengers of flight 395 – clustered anxiously around one of the information screens. We gaze hopefully up at the blinking display, acolytes of some strange information cult. As it becomes more and more obvious that ‘more information in 15 minutes’ is simply a black lie, a loose camaraderie develops. We’re all in this together long enough to overcome traditional British reserve – to the extent that I now know the names of 2 of my fellow strand-ees, and can recognise several more by sight ! Connor, a chatty history student from Manchester, is going to visit friends in Zurich…anyone else going to Florence? Yes, says Vicky, cross-legged next to me on the floor. Right, let’s see … 15mins later I’ve not only managed to re-book the connecting flights which we were obviously going to miss, but have also got someone to contact my hotel in Florence and arranged a night’s refund! Vicky has been busy too, having selflessly queued at the information desk, she tells us that it’s apparently something to do with faulty runway lights here at Manchester, but the flight’s definitely not cancelled, only delayed. Oh, and we can go and get something to eat upstairs, courtesy of the airport. Which has very small pockets, as it can only afford £4 a head which will just about cover a sandwich and a drink at the inflated ‘hah, we’ve got you now, where else can you go’ prices charged here.

Only another 2 hours to go – feeling and odd mixture of irritation and excitement – has anyone got a pack of cards? No. Shame. Vicky and I have cross-word puzzles, Connor goes in search of the Internet to try and email his friends in Zurich…

And we do, finally go (nearly 5 hours late). Despite everything, it’s a sunny afternoon, and as we break through the clouds into the wide blue yonder I’m gazing out of the window and grinning like a fool. Nothing ever spoils this magic moment. 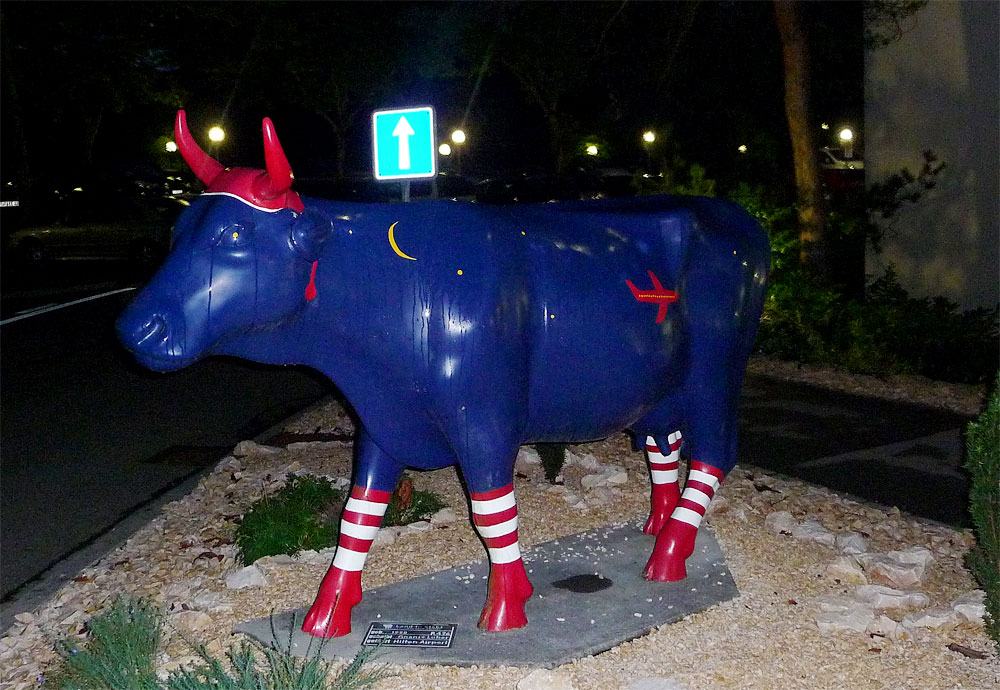 A short, pleasant flight, a lot of waiting and some irate (and pointless) ranting by a gentleman with a dodgy haircut and no patience later, our jolly band of travellers is finally on it’s way to the Zurich Airport Hilton for the night. Courtesy (and they have been extremely courteous, and efficient) of the airline.

Except we’re not, because the idiot in the Merc in front has apparently driven down the wrong bit, and doesn’t have the pass, or spell, or whatever it takes to get through the yellow barrier in front of him. For some reason, resolving this eventually involves the idiot, the driver of our mini-bus and a bulky, frowning security person… and a lot of earnest discussion. Welcome to Zurich.

Canvassing the folks in the bus, whilst we wait, I’m happy to discover I’m not the only one who looked out of the window on the way here and thought that the whole country looked remarkably neat and well-kempt. I suspect I am, however, the only person who subsequently amused themselves imagining a giant, field-sized hoovery/comb contraption, industriously wielded by well-organized gangs of rubicund Swiss farmers. According to a complicated rota. 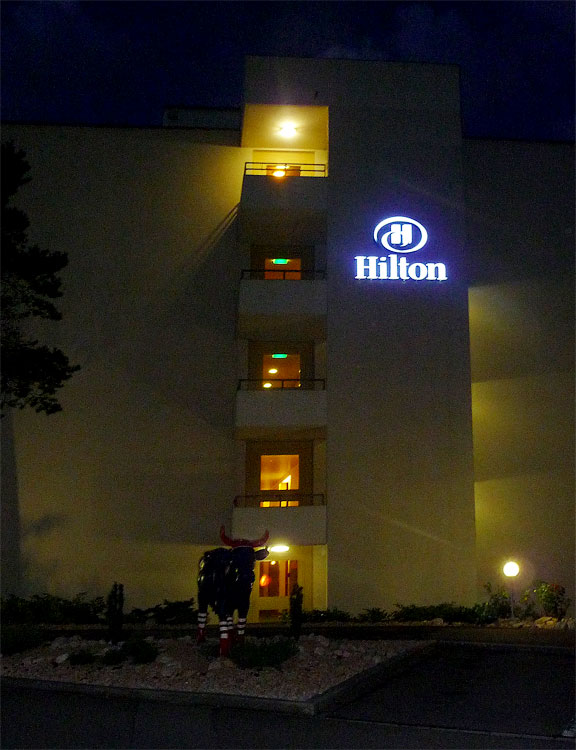 Peversely, I now long to meet a messy, disorganised Switzer with no respect for authority. (The idiot in front doesn’t count, the Merc bears German plates) Not likely in the hotel, where all is bland, polite efficiency, tastefully subdued lighting and seemingly endless corridors. I could have sworn it looked like a multi-story building from outside, yet the lift only appears to go downwards. Is it built in a huge hole ? Two floors down and yet there’s a service road outside my window. Eh? I’m confused.

We’ve been given vouchers for a meal, but it’s late, and I’m too tired to be hungry. Can I trade it in for a drink or two, instead? I spend a bizarre but enjoyable sojourn in a very plush bar with Vicky (who I learn works for a theatre company in Lancaster as a DSM) and a refugee from ‘Auf Wiedersehn, Pet’ , geordie accent and all. I never did learn his name, but he’d a great fund of tales of dodgy doings all over Europe.

Despite the comfortable bed, too much to drink late at night combined with general anxiety ensures I get very little sleep. It’s so early it’s still dark when the minibus decants me – bleary eyed, head full of lead and stomach churning – back at the airport. Not exactly an auspicious start.

This flight is on time, and it’s half-empty. It’s become a lovely sunny morning and there’s hardly any cloud, so I can look down and enjoy the Alps on the way.

Clutching these signs of good fortune to my chest, I choose to believe that it gets better from here on in.