view all the pictures

Lying on my back on a bench on a sunny, breezy afternoon watching the trees dance against the scudding clouds.  I was suddenly seized by a powerful feeling of being underwater instead, watching weeds sway in the current. (I don’t know what I thought the clouds were – perhaps I just conveniently edited them out of the picture.)

In one way, this isn’t as strange as it sounds. Air and water are technically both fluids, their motion governed by the same sets of equations. I assume that trees and sea-weed also share similar fractal growth patterns. Similar systems, then, so one might expect there to be some similarities in patterns of movement.

I have to confess, all of this only occured to me later on….at the time I was too busy enjoying the strangely peaceful elation brought on by my sudden translation to another world.  Powerful enough to push rationality out of the way for a few (merciful) moments, triggered by nothing more complicated than looking and listening. Entertaining myself with idle speculation about the sort of fish one might find in such seas, and what would happen if I drifted off altogether, I spent a thoroughly relaxing…well, I don’t know how long, actually. Maybe I dozed off for a bit.

Eventually coming back to myself sufficiently to grab the camera and attempt to capture something (the little video loop above…actually lots of stills run together, I have this thing about sequences , but that’s another post…), then finally heaving myself approximately vertical again. Only to note, so strong was the feeling, how the low-slanting spring sun shining through the srcub beneath the trees made the fresh new green resemble pond-weed. Especially as it only grows up to a certain height, then stops. 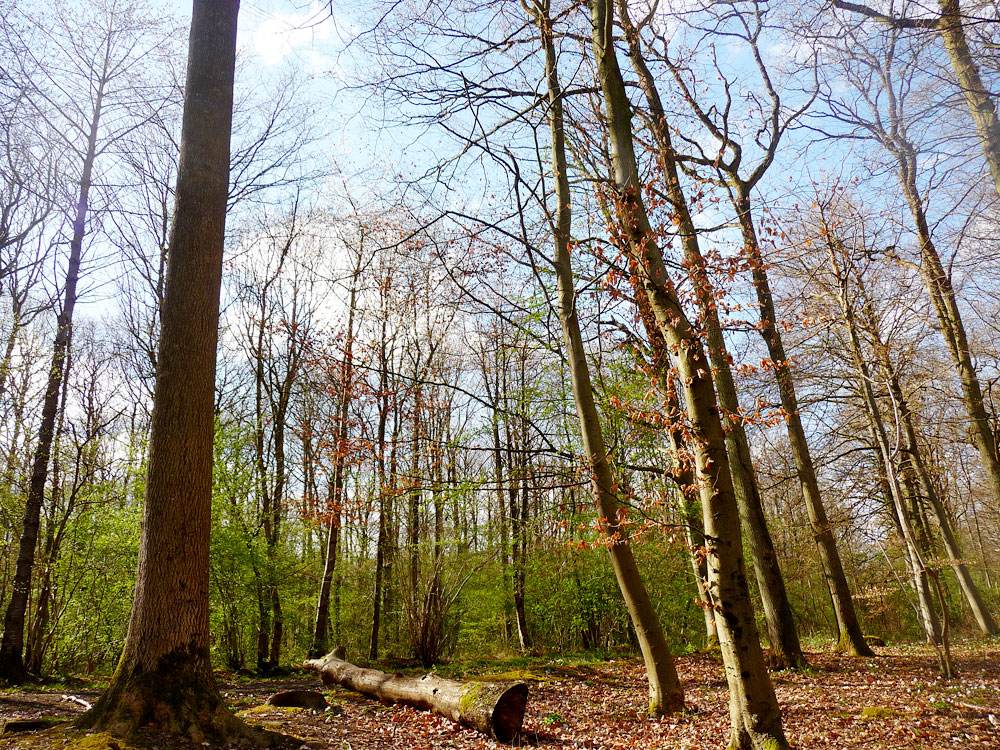 Dis-orientating perhaps – but in a good way, and I thoroughly reccommend it to anyone seeking a change in perspective.

In retrospect, maybe it was my own need for just that, a significant shift, that laid me open to such strangeness in the first place.

It certainly makes a welcome change, as my world has been getting severely narrowed of late. I’ve been shackled to the computer for what seems like forever (actually only the past eight or nine weeks) trying to finish a couple of  training videos on aspects of Mental Health.  After some very trying technical hitches thankfully, we’re now at the ‘awaiting final client approval’ stage, so now I have an oppportunity to begin catching up on the rest of the world.

Hence the walk in the woods.

The irony – that I rapidly find myself in front of a computer again, putting this together – is not lost on me. Oh no.

Back in the woods, very happy to have nothing more profound on my mind that vaguely wondering why the Wood Anemones cluster under some trees like a a carpet of vegetable hail and are elswhere spread more sparsely… 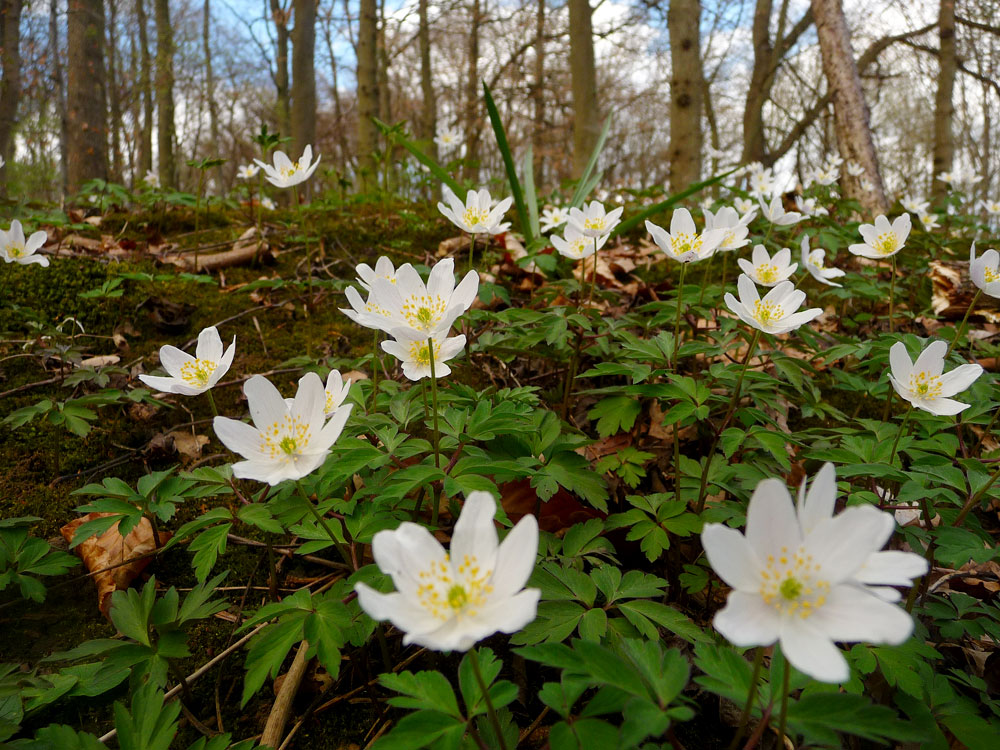 And what those little yellow flowers are…

Turns out they’re Lesser Celandines, and both them and the Anemones are pretty small and grow close to the ground. Which explains all the undignified scrabbling about on the ground, waving the camera and muttering. Never mind, I enjoyed it, really.

Turns out that both of them (Anemones and Celandines) are poisonous, as well.  Why I can’t resist throwing in this extra (and not at all relevant) snippet of information, I don’t know. Sorry about that….where were we? 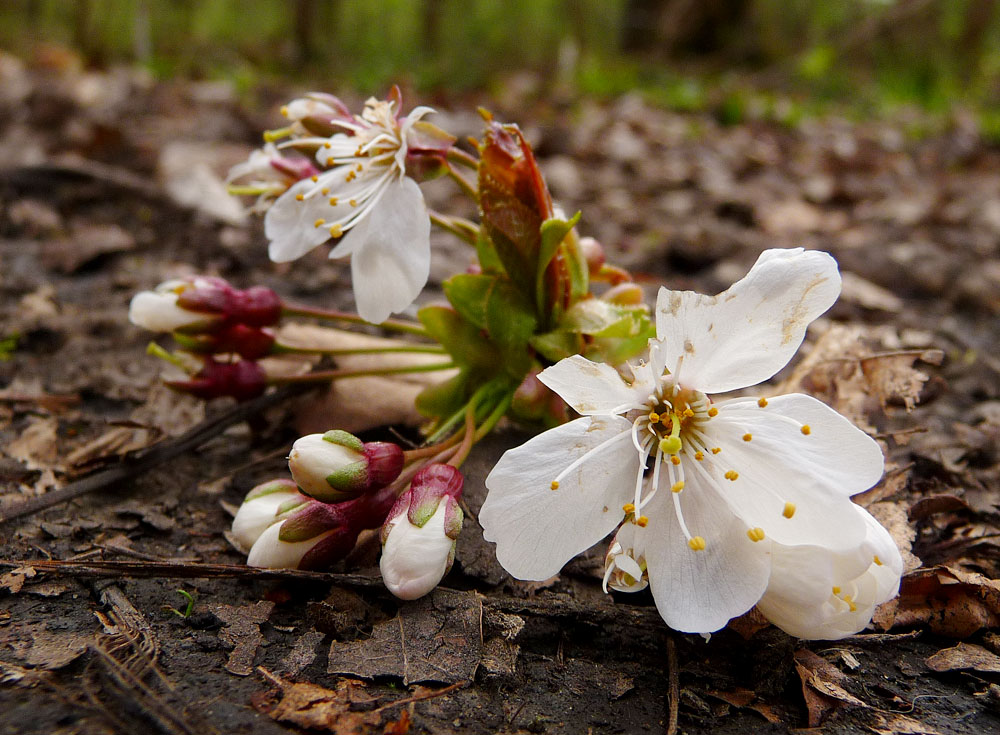 In the woods…but I can’t stay in the woods forever, though…and what’s that shadow under the trees?

Up to a point, I find it quite attractive to have periods of such intense work (he said, grasping a metaphorical stick and prodding gingerly in the shadows…). There’s something curiosely liberating about having a good excuse to push everything else into the background for a bit, and just focus on the job in hand.

This time, though, it’s been for far too long, and the pressure of everything else waiting to rush back in has become almost intolerable.

Which is why this odd, drifting-in-limbo, time has become so precious.

Checking the ground around me for new growth, struggling to make it amongst the trees.