Found a special place a couple of weekends ago, although it took me a while to realise it.

I wandered around a bit, taking in the sun-drenched loveliness of every prospect, and a few photos. Then I sat on the stout wooden bench outside the village hall, enjoying the view (pictured above). Conscious, once the initial  impact of the beauty around me had worn off a bit, of all the nagging inner voices buzzing around in my head, and the odd little physical twinges and tics I seem to have become prey to. Like an old house  settling into a comfortable evening, after a hot day. Not exactly at peace, initially, despite the tranquility of the place.

I did eventually achieve something like internal quiet – after some minutes of effort spent in the psychological equivalent of emptying all the rubbish out of my pockets.

At which point the special nature of the place finally became apparent. There was no background traffic hum. No distant, tedious thrum of tyres on tarmac. An absence definitely to be savored on this small and increasingly crowded island.

Having become aware of this rare lack, it would be pleasant to relate that I was able to savor it, able to sink meditatively into mystic communion with Northamptonshire.  Sadly, I suspect that the words ‘nirvana’ and ‘northamptonshire’ are rarely to be found in the same sentence, and the bench proved not to be as comfortable as it had first seemed. 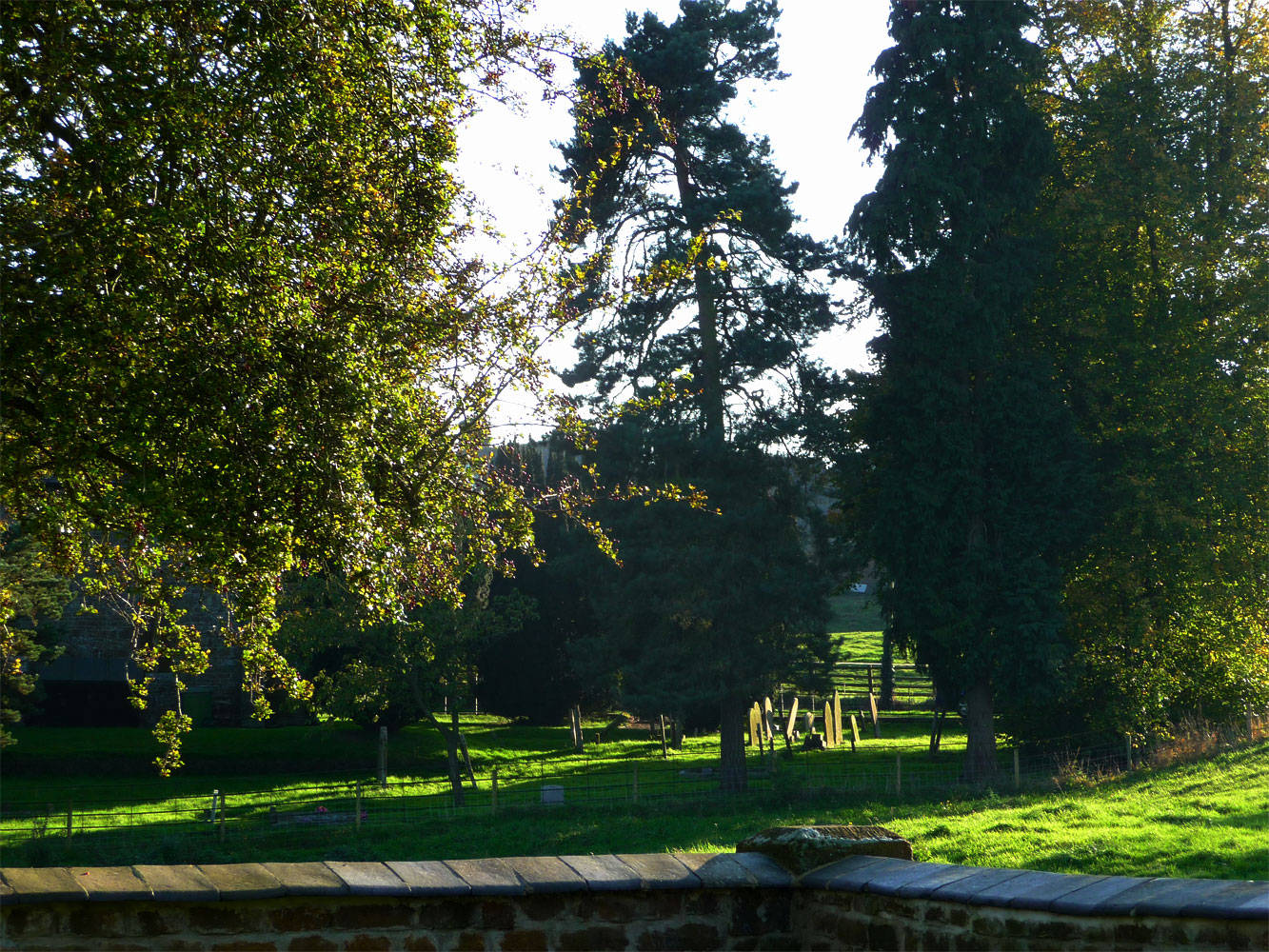 So I wandered around a bit more, feeling a little like an un-necessary peasant, in imminent danger of being chased out of the view because Mr Gainsborough thinks I will spoil his painting.

I find it hard to explain – even to myself – the depth of the spell a place like this casts on me, the power of the pull it exerts. A frankly sensual delight in landscape that can make me exclaim aloud at an un-expected turn of the road, dip and curve of a ploughed field, running down towards a valley bottom.

I hope I know enough social and art history to be resistant to such famously English romantic notions about the countryside, but perhaps not. I can’t deny I find something uniquely appealing in such landscapes. Places that have become as they are because of very long periods of human interaction. I can admire wilderness as well, but mere geology is too slow. I can understand its patient processes intellectually, but it has less emotional grip. 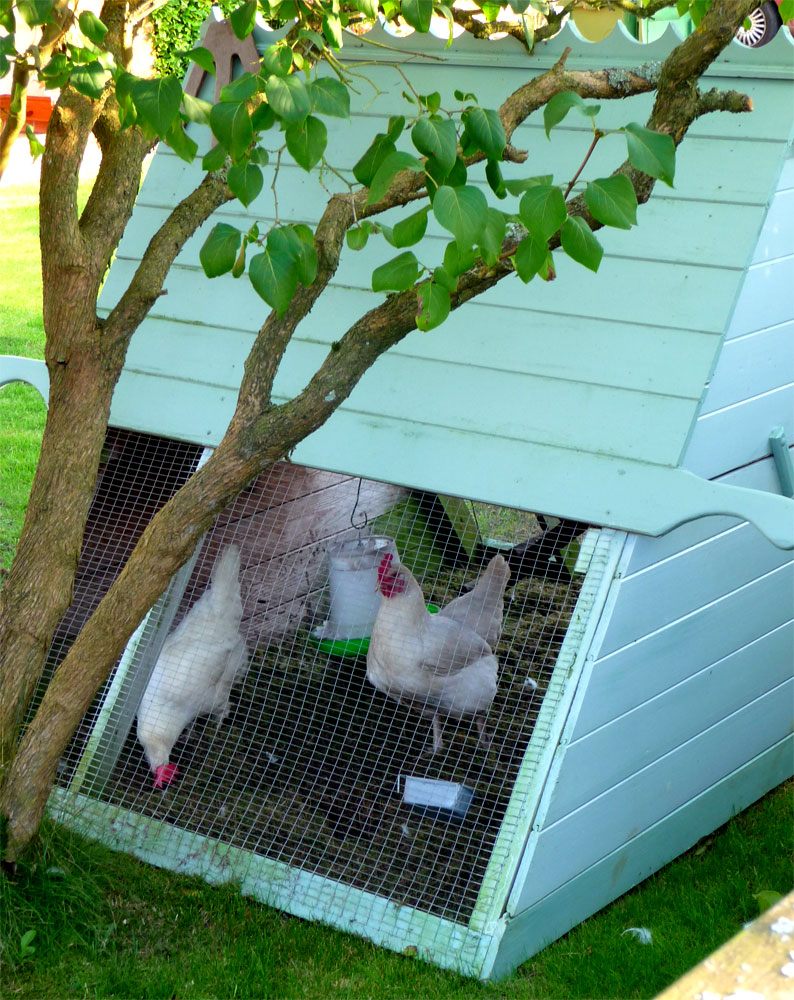 There’s something about the old patterns we make across the face of the land that make sense at some deeper level. A big part of what ‘home’ means for me is laid out around me in the landscape – a native tongue that speaks quietly, but with great force.

Perhaps fortunately, at this point my reverie on the topology of belonging is completely de-railed by spotting the most middle-class, kitch hen-house I’ve ever seen. Giggling quietly, and guiltily hoping no-one spots me, I snatch a quick pic, then scurry on down the lane.

And find myself back in the small and very pleasant graveyard – the passing sight of which made me stop the car and get out for further exploration in the first place. Absurdly, I realise I’m jealous of the inhabitants thereof. At the present moment I can think of no better place to come to rest in.

A flash of dappled light, strained through the leaves of an old lime (at least, I think it was a lime), which becomes a basket of light, a means of capturing and concentrating the sun’s rays then releasing them again, refracted through a complex, glowing enclosure.  A natural lantern soaking up the sun and using it to pump gallons of sap through countless channels, a silent thundering flow.

Perhaps nirvana is not to be found anywhere so English as a quiet Northants. village, but there’s a deep contentment to be savored on a sunny Sunday afternoon, as a basket of light throws lengthening shadows across the grass. 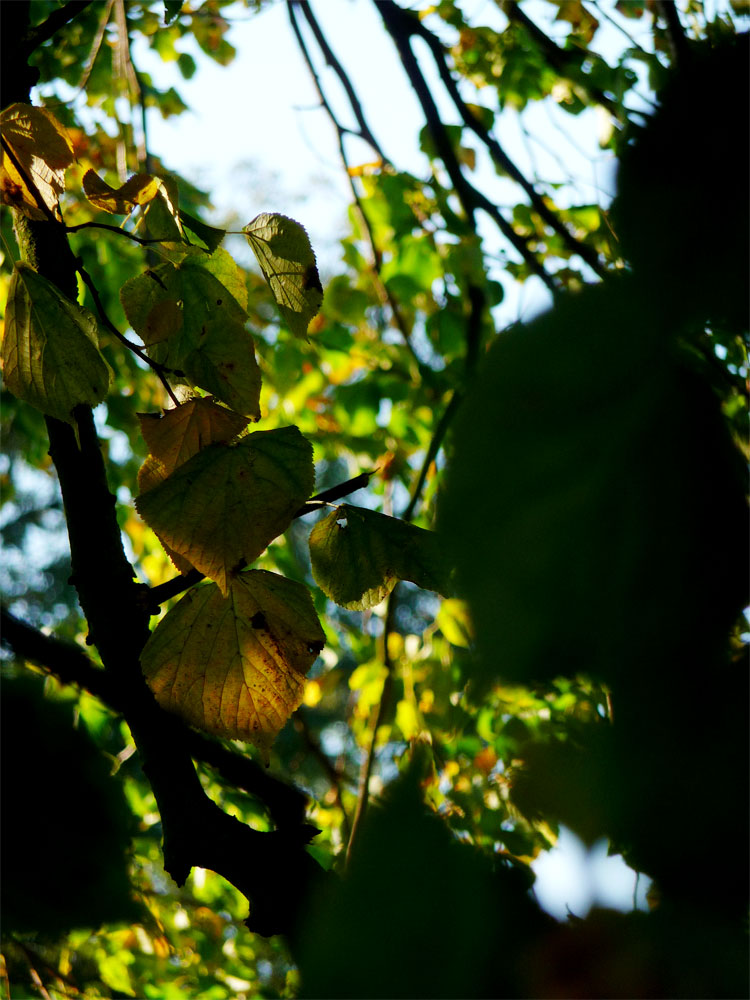